Acute promyelocytic leukemia (APL) is a rare, highly treatable form of acute myeloid leukemia (1). The paucity of studies conducted in Central and South America hint towards a higher prevalence of APL among descendants of Spaniards, as compared to other ethnic groups (2-4). At present, a comprehensive study that delineates potential disparities in APL incidence across Europe has yet been reported.

Therefore, we conducted a population-based study to assess APL incidence across Europe using the RARECAREnet database that holds data from 94 cancer registries across 27 European countries on rare malignancies diagnosed during 2000–2007 (5). To account for completeness and quality, only the pool of 83 cancer registries across 24 European countries that provided data for all cancer types is considered. 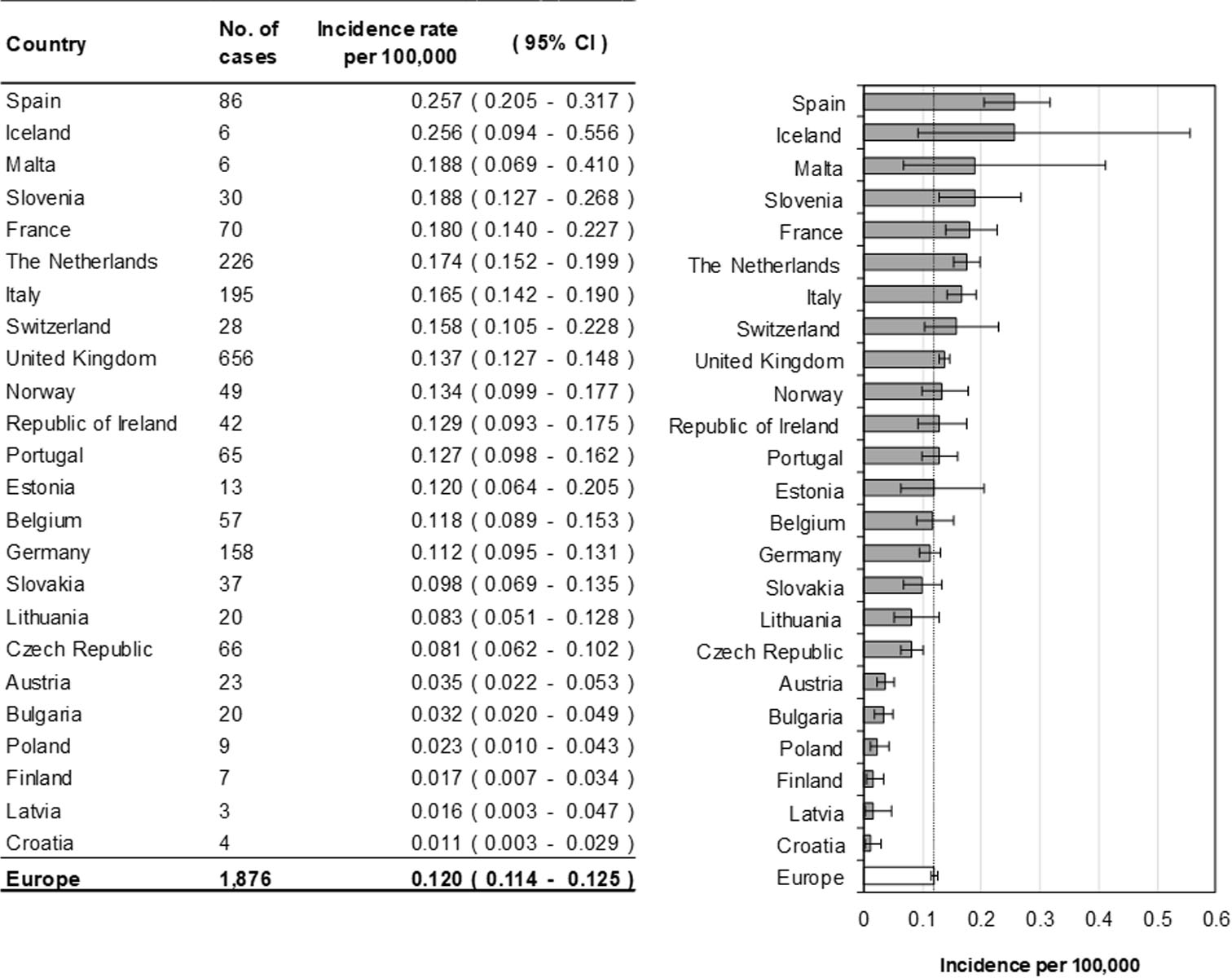 Collectively, the incidence of APL was the highest in Spain, as compared to the European average. This finding adds further support to the hypothesis that APL might be more prevalent among individuals with Spanish ancestry. Notwithstanding this finding, environmental factors might also influence susceptibility to APL. Therefore, forthcoming studies are warranted to specifically investigate etiologic factors of APL across different genetic and environmental backgrounds.

Ethical Statement: The authors are accountable for all aspects of the work in ensuring that questions related to the accuracy or integrity of any part of the work are appropriately investigated and resolved. The current study was performed with publicly available data from the RARECAREnet database (http://www.rarecarenet.eu/).